i spy with my little eye: snake attack

I looked out the window when something flew by just prior to dusk last night. I grabbed the nearest camera and:
Attack of the Giant Snake! 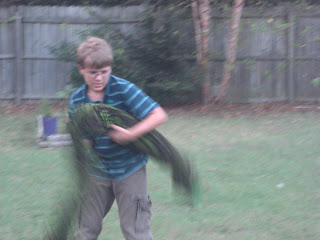 But who was attacking whom - Humanoid or Snake? 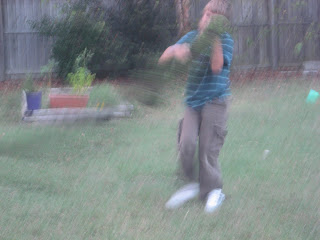 Soon the Humanoid had the upperhand. 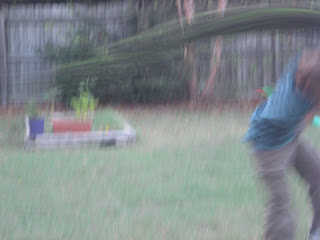 Then the Snake appeared to briefly make a comeback. 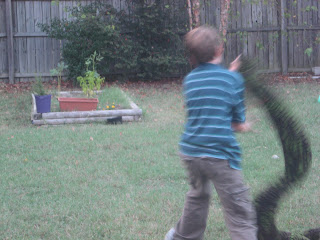 But was quickly thwarted.  Take that! 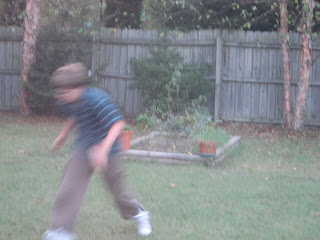 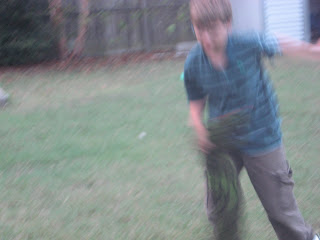 As if fighting on sheer spite, the Snake goes in for the kill. 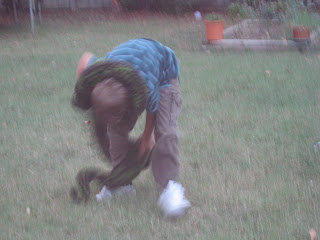 And then Captain Comic saw me pointing a camera through the window, and came after me with a "Why you! You're going to pay for this!"  a la forties gangster movies.

I'm telling you, there are worlds in this kid's head.  Worlds.  One day, they will appear on film.  I see a future James Cameron or Stephen Speilberg (the early years) in the works.  Of course, he wants to move to Tokyo and work for Toho Studios, the king of all makers of giant monster movies.
Posted by cath c at 3:00 AM