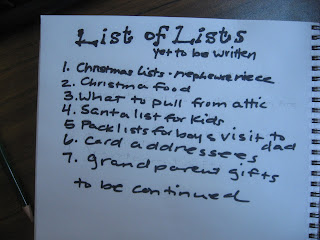 I am so far behind this season, I can't see straight - note item 2's missing s.

But I ate up a book in about three days. It's been a long while since I've done that, but I felt crappy with a cold, and about the best I could do was lie around and read.

The Help by Kathryn Stockett
I still have mixed feelings after finishing this book. I know I am coming to this party late, to review a best seller. But I think I needed the time it took me to approach The Help. I am a great lover of To Kill a Mockingbird.  Any other book that wants to cover racial issues in the South before 1970 is treading really difficult waters, especially in an attempt to personalize issues of segregation and racial relations after Harper Lee's seminal work.
I must admit I like the book better after reading Stockett's closing words about growing up in a similar situation to what she illustrates. The relationships between black maids and their white family employers are revealed through the narratives of two black maids and one white daughter who is seeming to finally come of age after college, and back in the home and town of her childhood. Skeeter is the one who turns Jackson's well-established order inside out, but she can't do so without Aibileen and Minny.
A lot of my difficulty came from the colloquial nature of the narrations, something I usually enjoy. When the book opens with a black voice written by a white author though, I cannot help but feel a bit suspicious that things will turn out too close to say, Song of the South. But throughout the book, I think Stockett shows an awareness of wanting to avoid that as well as a conscience about how difficult the waters are to tread.
But here's what I like about the book.  She treads very cautiously through these stormy waters.  She has to, and that is what was made clear to me in her afterwords.  This book was her way of understanding and apologizing to the maid who brought her up, who died when Stockett was just sixteen, and who was clearly a strong mother figure to her. Because of her experience growing up in Jackson, she really is able to write the affection Skeeter has for her lost maid, and the affection Aibileen has for the baby girl in her care.
The characters are lively, if a bit stereotypical to begin with, but I think Stockett grows as a writer through the book in her ability to understand what life must have been like for these women. The primary point Stockett makes is about the delicate line that had to be walked through dangerous times in about the most dangerous place, Jackson Mississippi leading up to Martin Luther King's March in DC and the assassination of Pres. Kennedy. Thankfully those incidents are far in the background of the story.
I do recommend it, it is a quick read, even at 451 pages. It was a great escape while I wasn't feeling well, even if it wasn't a comfortable one. But that's just the kind of book that I really enjoy.  I don't like easy reads nearly as much.  I want a book to stay with me.  I think this one will.
Addendum again: in my rush to get something up earlier today, I once again forgot to point the way to more listers who participate.  Please click on the green List it Tuesday square in my side margin to see them starting in artsyville! Oh and while you're there, do wish aimee a very happy 40th birthday!!!
Posted by cath c at 7:34 AM