Holy moley and such weekend

Saturday night, we attempted to go to a free concert of Bruce Hornsby and Ricky Skaggs, at a local festival that honors the Chesapeake Bay. I don't want to go into too much except to say, our jaunt was shortlived between the loud, the crowd, S's Asperger's and mostly a drunken belligerent guy who would not stop blowing his harmonica and otherwise getting into Baby C's face, among other bad behavior for about an hour before the police came to escort him out. Honey was nearly involved in what could easily have become a brawl because of this guy. Thankfully he thought better of it, since he was holding Baby C. The guy was a good example to point to and say to the teen, "K, that right there is why you don't want to drink too much."

Otherwise, Saturday was a very lounge around the house day after the first week of school. I think it was good for us all, but I was getting antsy. I feel like, even though August was kind of long and lazy, we didn't take advantage of it and get out to the beach much or much of anything else. K was really enjoying hanging with his friends, so we kept it low key after the boys came home from their visit to their dad's for July. Now that it's September, I am feeling like we need to hurry up and have some fun before summer truly ends. The weather has been about 20 degrees cooler for the past week, so that's a big incentive, too. Who want's to do anything when it's 95 out?

Sunday afternoon, we finally made it to a beach after much grumbling. It wasn't the big beach ride we attempted and aborted in the torrential downpour last weekend, but a closer one. Buckroe Beach was perfect: cool breeze, not too hot or cold, but it had recently been dredged and stank like a big wet dog. We enjoyed a lovely relaxing time being Godzilla, drawing, reading (well, two pages), pier walking, sea stuff collecting and seagull chasing. I particularly loved lying back with my eyes closed, listening to the waves roll in and swoosh back out again. Nice to have Honey who works so hard all week there, to watch C and S. Finally, I could close my eyes, meditate on the sound of the waves.


S cast as Godzilla rising from the deep. 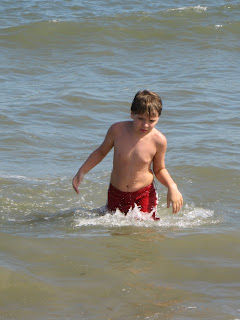 K examining a razor clam shell I tossed onto his character plotting or maybe it was alien weapons cataloging. 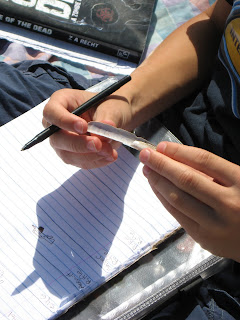 C filling, dumping and refilling the bucket with rather pebbly sand. 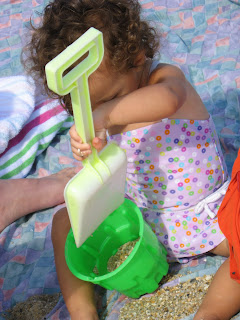 These photos are of dredge flotsam washed ashore. 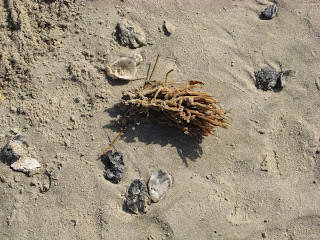 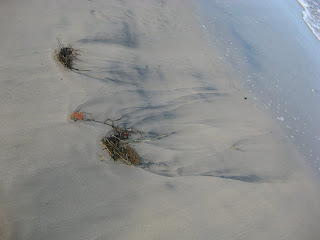 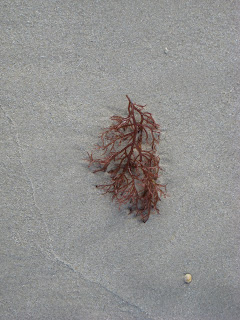 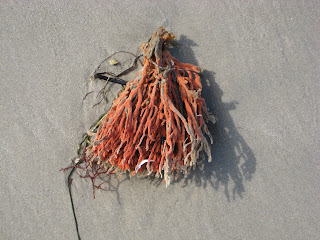 This one I took at the base of the pier. I loved watching the water wash up, bubble and break against the posts. 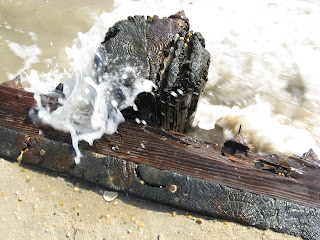 I don't know what kind of birds these are, but they've been entertaining me at Buckroe everytime I've been there. This one cracked me up the way he pranced around. 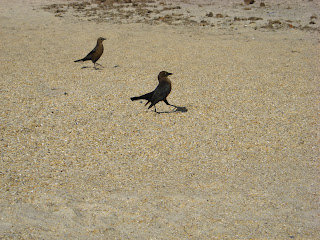 So after an adventurous Saturday night and a bit of resistance to doing a family thing again on Sunday, we managed to relax and have fun with each other, just doing what each of us loves to do at the beach in the last cool weekends of summer, stretched long like the afternoon shadows across the sand.

Addendum: After much research and an inquiry put out to Facebook friends, I believe the bird may be a Boat-tailed Grackle.