Did everyone on the eastern half of the country survive the storms alright?  We had some pretty astounding rain, but overall are fine and not flooded.

Before it got really going, I managed to take this of my first bulby blooms: 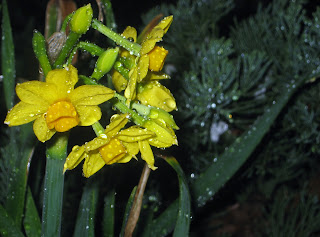 They are mini jonquils, about the diameter of a quarter, perhaps a bit less.
Then Captain Comic and I began the excavation of his London after the bombing bedroom.  Four plus hours, and there is still more to go. I did not take Before pictures, but here are some durings: 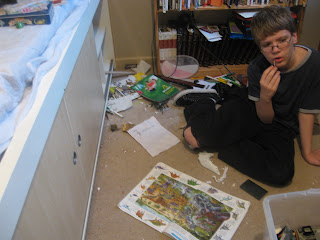 I curse the day I purchased this IKEA bed with deep shelves for scads of detritus to collect in, and behind, along the wall. I found the floor on easily five separate occasions. My back and shoulder will ne'er be the same after my squeezing in there to retrieve stuff from the deep recesses. Look at my poor Captain Comic.  We were both exhausted after the first hour.  But we kept at it. 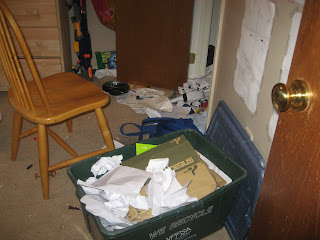 I sincerely apologize to thousands of trees who met their demise for my son's art, only to be recycled. So far: two buckets this weekend, one last weekend, and one the weekend before. 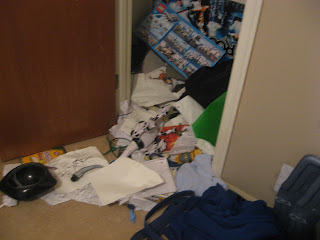 Closet vomit, Phase 2. I was too overwhelmed and embarassed to capture Phase One. 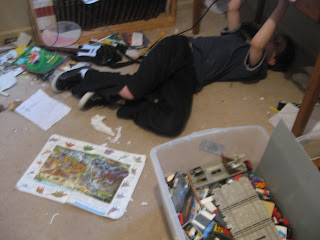 Um, don't ask.  I have learned not to often. Most likely a distracted reprieve from his slavery. 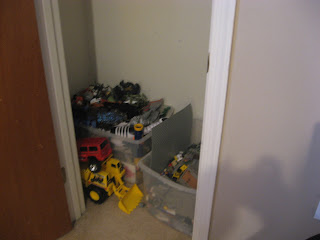 Closet, After. That's a lego exclusive bucket (well, a few other things like playmobil may be in there, too) and a vehicle/creature bucket.  Two large vehicles and a nerf gun are in the corner. That's it. Phew! 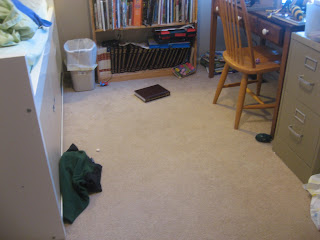 This morning, the creep is beginning to show already: an eraser, a shirt, an encyclopedia. I can not tell you how often I went over use one thing, put it back before you take another out. His desk surface still needs a thorough going through. That file cabinet is empty, has been since I slid it into his room for saving his artwork. Sigh.  Below are three examples of heartbreak I tried to rescue: 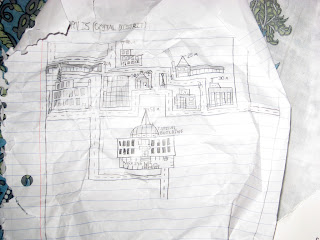 Just look at that detail, that crumple.  He has no recollection of drawing it. sigh. 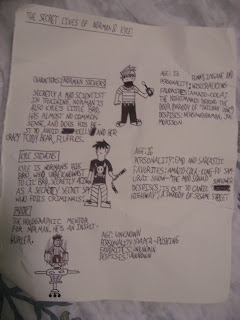 This is a storyboard page for the 'sitcom' he and Mr. Cynic are making. So much effort, into the trash. sigh. 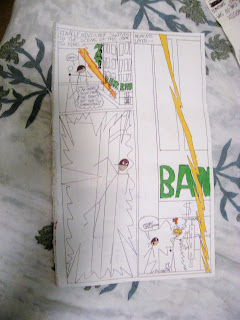 .
Ninja Boy.  sigh. This was an entire bound drawing book at one point. It was filled with full color, plot filled, great storyline, beautiful comic book artistry, funny, funny, funny. Gone but this sliver of pages I managed to find. sigh.
Some things, I will never understand about Asperger's Syndrome and how it presents in my son.  So much gorgeous work, just trashed and all over his room.  Intensely involved in it while working on it, out of mind once it's finished. Sigh.
*All art concepts belong to Captain Comic.
﻿
Posted by cath c at 8:40 AM