After a solid week of rain, we had a perfect day. We spent the afternoon at York River.

I don't know who was happiest. 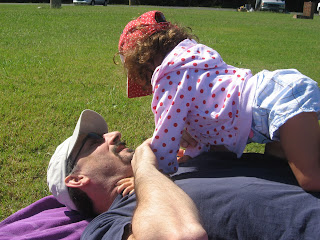 Honey and Toots. "I gotchoo Daddy!" 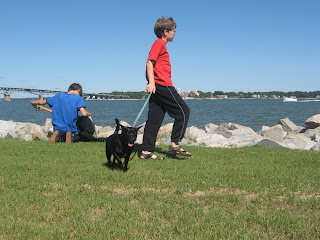 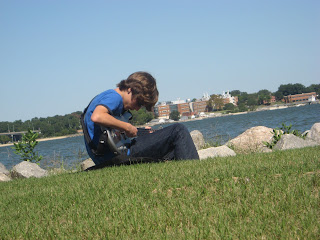 just thoroughly enjoying being taken out of the house for an adventure.

Mr. Cynic plucking his bass by the river. 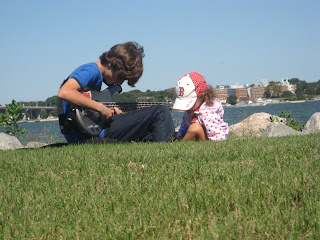 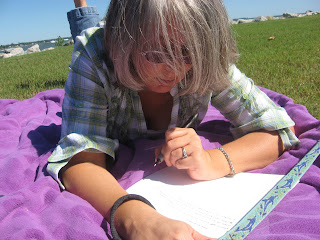 I am writing.
outside. breezy,
in the grass.  barefoot.  by water.
The sound of the waves lapping the breakers behind me. 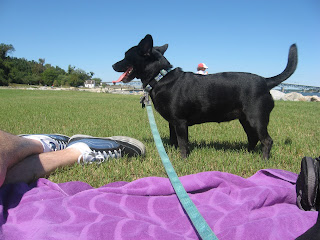 The happiest really may have been Lucy. 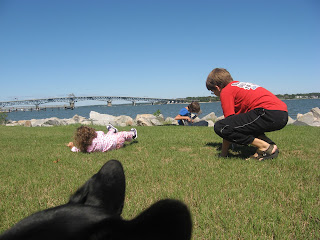 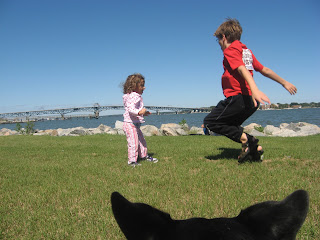 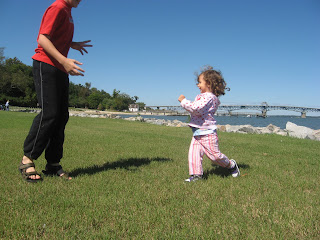 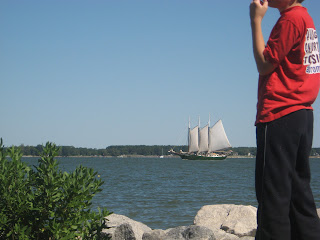 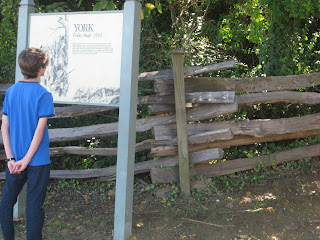 We live near History. This is where the deciding battle of The Revolutionary War was fought and where Cornwallis was captured by Washington. 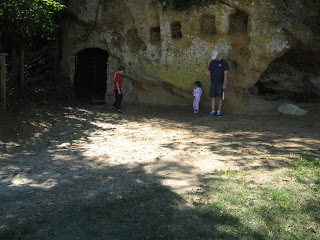 Here is where he was imprisoned, affectionately known as Cornwallis's Cave.

We also walked the pier, saw someone's Blue Crab catch in a bucket, helped a kid get a splinter out of his foot, and then headed toward the little touristy township for ice cream. 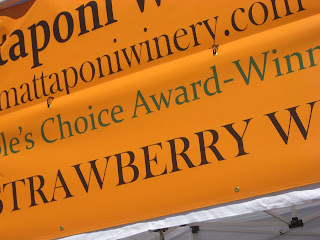 We stumbled upon the wine festival that was advertised everywhere, but I had completely forgotten about it. And then we got ice cream. 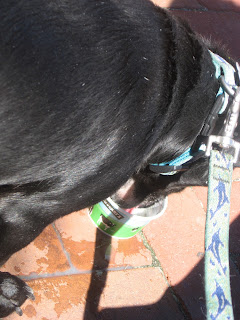 And Lucy got a good drink.

Captain Comic made certain he said hello to every dog we met along the way, too.
Posted by cath c at 2:48 PM