Poor Big Bertha barely made it down the winding switchback steep downgrade dirt road to the falls, but she did. Her brakes got rather worn out, and I clung mightily to the passenger door, staring down into beautifully wooded pits of death for my entire family. Apparently, the concept of guardrails has not reached the lesser roads of the Blue Ridge Mountains.

Excerpts from our day at Panther Falls:

I know, I know, a lot of photos and I promised I wouldn't, but Panther Falls was my favorite adventure of the trip. 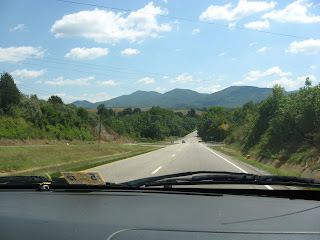 The path to the falls was as treacherous as the road.
This part was about as wide as Toots's tootsies and very slippery dirt. 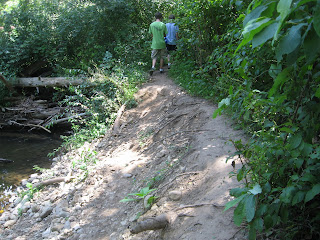 Beware of hazards and falling trees. 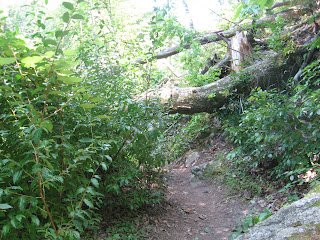 Then we reached the top of the falls. 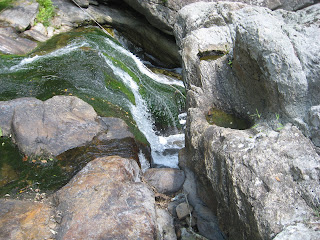 Captain Comic was in his element. I can't keep Godzilla boy from water. 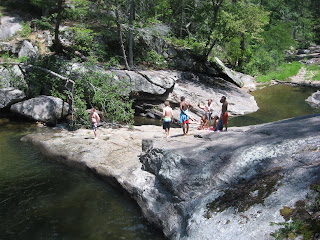 Jumpers, though they are forbidden. See my Captain below? 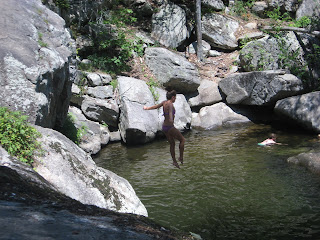 Below these falls, what looks like two tidal pools is connected, a water-bored tunnel below the surface. Some kids were all over it, Captain Comic said , "No way! I'm not taking any chances!" The rope is a guide line to swim through the tunnel. 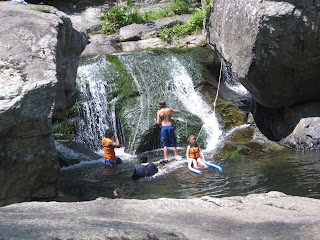 Meanwhile...Mr. Cynic just wanted to go home that day. We had swimsuits back up the mountain in Bertha, and he did not want to change. Thankfully this one has mastered suffering in silence. 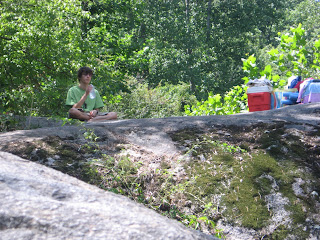 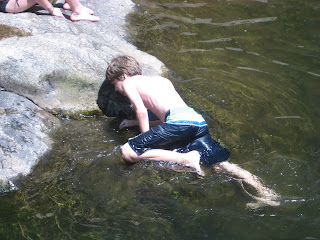 Oh no, he's not taking any chances...Even if he was all over these rocks and water far from his parents. 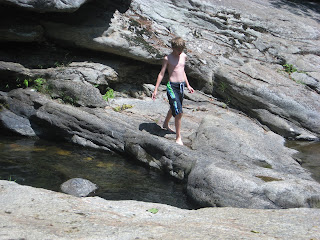 Treacherous but beautiful. I admitted defeat.
I'm just too unstable on my bad ankle for any sudden slippery corrections. 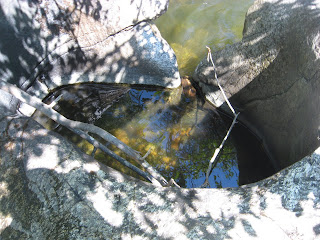 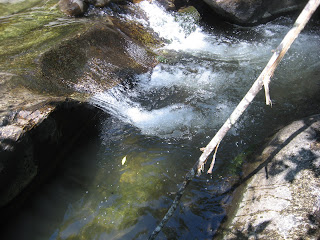 But Captain Comic was all over the glacial anomalies. 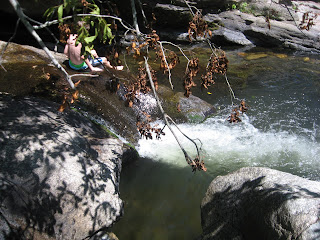 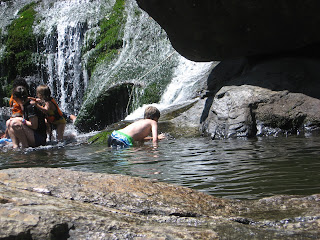 I was happy to stick my toes in, and watch fishies swim between them. 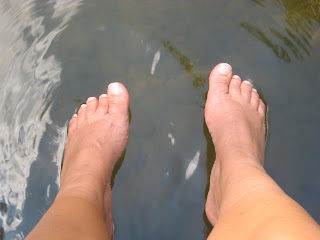 Honey and Toots also did not have their suits, but they went in, too.
Toots hung onto her daddy for dear life, and went in in her undies. 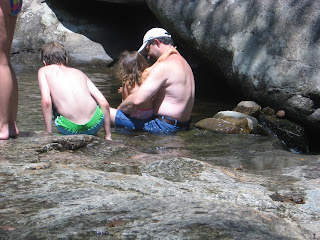 She loved it. I loved these legs and shadows. 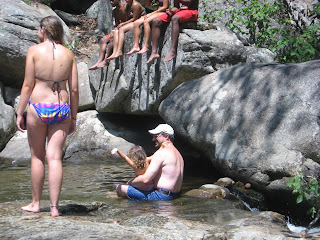 Captain Comic may not have gone through the tunnel, but he assisted others with the rope lead. 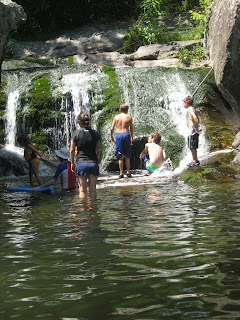 Meanwhile....Nope, still not going in. 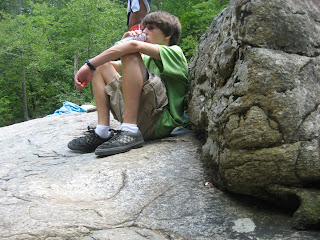 Bathing Beauty after her swim. 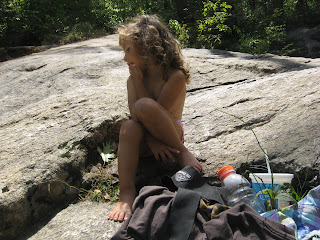 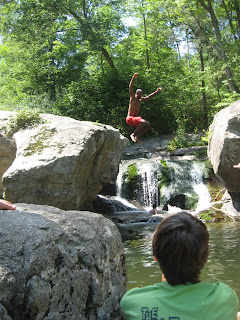 This young man talking my Honey's ear off has been coming to the falls since his daddy threw him in when he was two! He helped guide other jumpers to the deepest parts, where they wouldn't slam into rocks and die. "The sign up at the road is false advertising, saying last death was in 1998. Four people died here last year. But don't worry, it mostly happens when the water is higher and has a stronger undertow than it does today." I was grateful for the info, but I was scared for his life as he did back flips from high up. 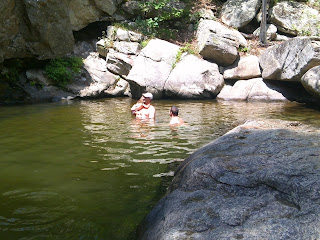 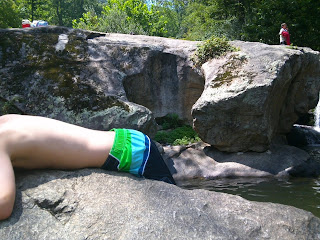 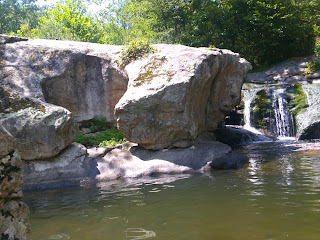 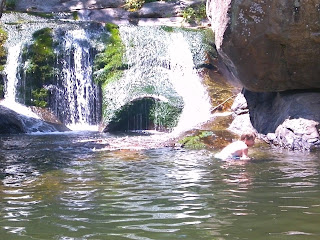 We stopped here to get some drinks and the people were very helpful,
even if they do make "HOMEMAOE BBQ EVERYOAY" 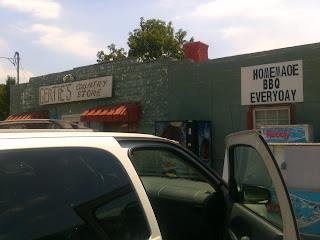