Sorry for delays. I am pooped and I have been having a busy week since our return, blogging fell down the priority list.
Fun things to do at the modest KOA:
Pool, always a favorite for Captain Comic 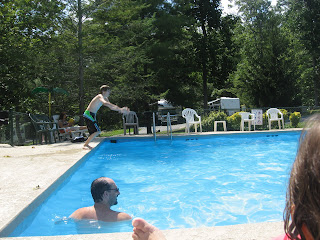 And Honey and Toots. 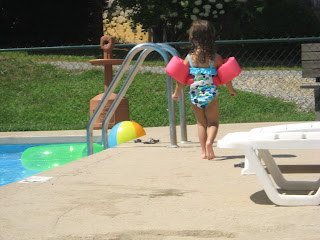 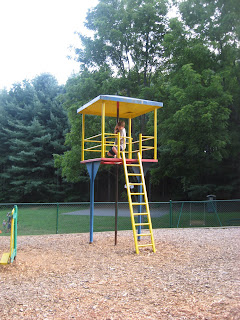 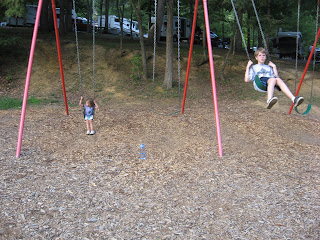 This was a giant slide with the old metal steps made of the letters: AMERICAN, like the slide in my old neighborhood as a little kid. It took her about the whole week for Toots to actually descend the giant slide without my climbing up the ladder and walk her back down in my arms. 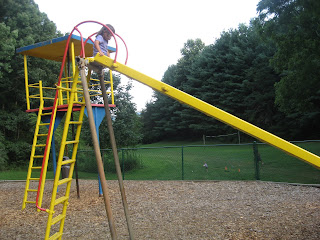 Toots and Captain Comic playing together and having fun. 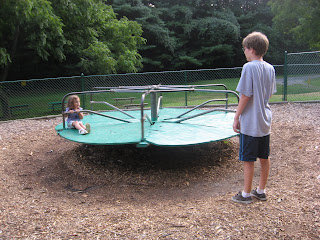 Meanwhile, back at camp, Mr. Cynic being so very very Mr. Cynic, plugged in and all. That's my old van, Big Bertha behind him. 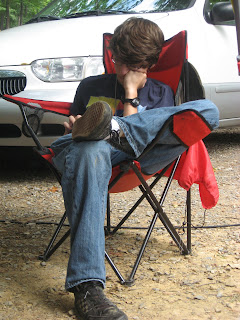 And the Natural Bridge itself, carved out of the mountains by glaciers. 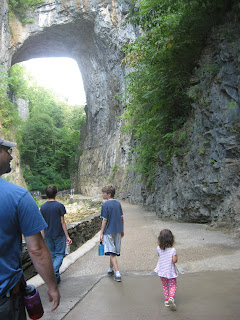 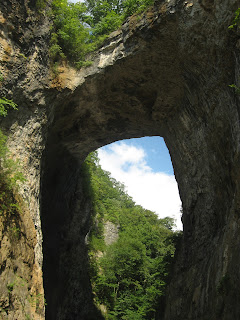 That's not dirt on the photo, it's a hawk that swooped under the bridge. 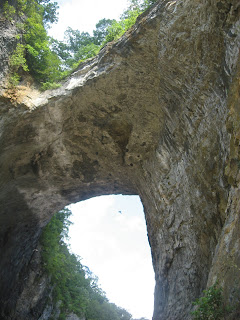 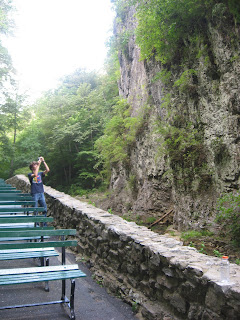 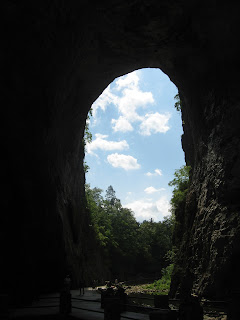 I love him even if Mr. Cynic does not want his picture taken. 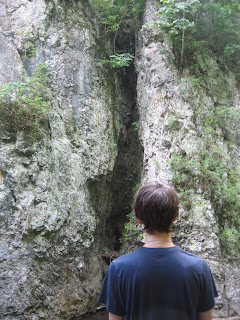 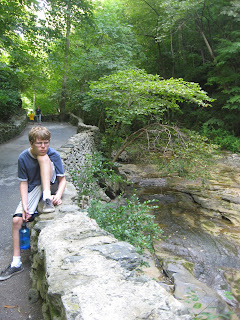 At the end of the trail, we found a nice cascades area that was quite calm and relaxing. We actually didn't make it to the end where The Lost Springs are. We decided our end was here. 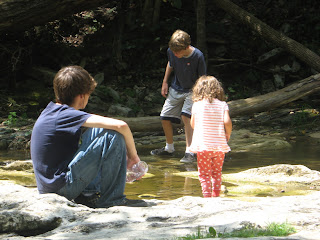 We were surrounded by butterflies, lots of kinds, but mostly various Swallowtails. This was a Red-spotted Purple Admiral, even though it was black with blue like a Black Swallowtail. I looked it up at the gift shop in a book of butterflies after our hike. 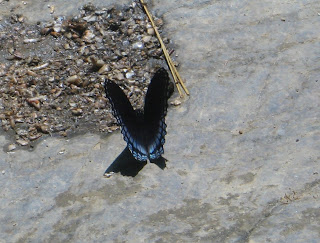 Toots was so happy to have her big brothers back, and she wanted to keep up with them. But she fell on her way to this little cave tunnel in the mountain side that Mr. Cynic found. 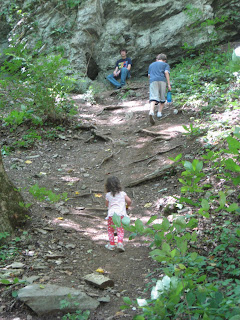 Finally, the Natural Bridge on the way back... 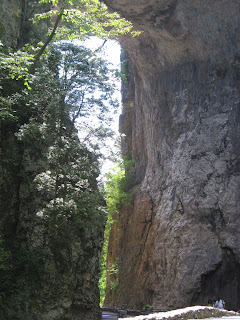 More adventures next week, I'll keep the shots to a minimum.  Panther Falls and Crabtree Falls were big ones that almost did in poor Bertha.

We are rearranging the boys' room again this weekend, taking the giant shelf beds out and moving in some bunks. A lot of furniture disassembly and assembly to ensue, right after I take a landscaping class at our local garden center.