Our Grand Family Adventure started with picking up the boys at the halfway point between their father's home in Rhode Island and ours in Virginia  - Wilmington, Delaware. Hugs were given, things were stuffed in the already packed to the gills van. Then we made a last minute decision to side trip to the DC area to visit Honey's cousin who just moved back into the house he grew up in after living on the west coast and other parts of our country for most of his life. He bought the house from his mother and plans to tear it down and rebuild a new one. He told some stories of he and his brother growing up there, and I think Honey had fun visiting where he used to visit as a kid. It was nice to have one more night in a bed before my family slept in tents on the ground for the rest of last week. He and his long time girl friend were lovely hosts and it was good to see them.

The boys have grown. Captain Comic may have surpassed me or is about to, but we are not telling him.  Please don't tell him. I will ne'er hear the end of it.

We took a spontaneous approach to this vacation, and the following day as we head toward the Natural Bridge area of Virginia, our campsite destination, we made another detour to Luray Caverns. I'll post about  about those sites later.

After the caverns, we traveled the rest of the way and made it by evening to the campsite at the KOA. I have mentioned before that I like the KOAs. This one was more modest than the Super KOA where we stayed with just Toots and Lucy about six weeks ago, in Harper's Ferry, WV. Anyway, we set up camp, and basically collapsed after campfire.

The first morning we decided to go to the Natural Bridge Zoo. They had a lot of exotics there: baby tigers, lemurs, DeBrazza monkeys, etc, but mostly we enjoyed feeding the animals we could feed. All the kids really got a kick out of it. So did Honey and I. 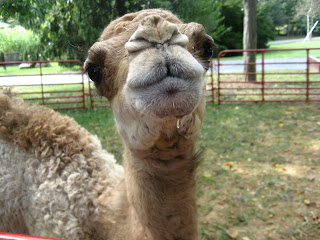 This is Abigail. She is a five week old dromedary camel. She loved us.
Toots later got to hold her baby bottle for her to feed.
She loved when I scratched her neck and behind her ears, like a cat. 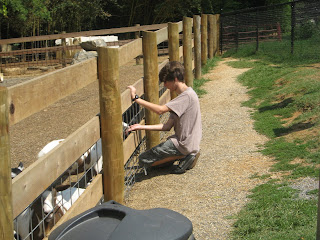 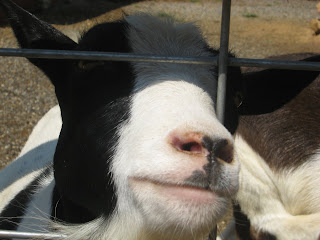 This little guy was pushy. 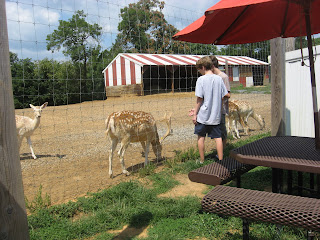 Captain Comic and Mr. Cynic feeding fallow deer, they are indigenous to Eurasia.
A lot have been introduced to Texas for hunting, apparently. Sad. 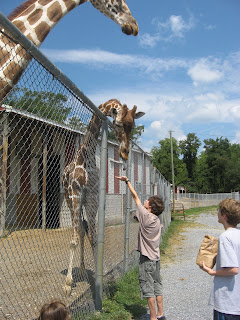 Feeding giraffes is fun. Their tongues are very long and... adept. 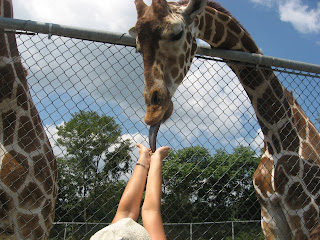 Mr. Cynic took this one of a giraffe and me. 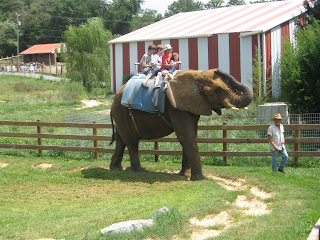 We rode an elephant! Her name was Beautiful, and she was.
Honey opted to take pictures of the rest of us riding. 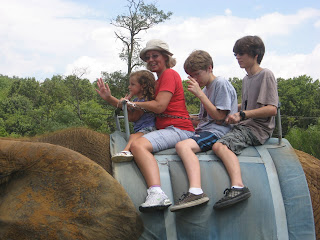 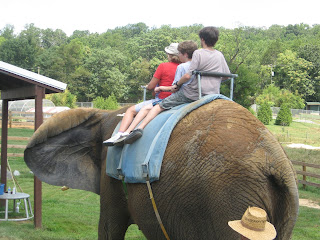 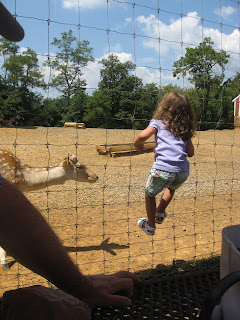 I think Toots wanted to ride the fallow deer after her ride on Beautiful.
This was probably the hottest day of the trip, and we largely spent it walking around in the sun and looking at a lot of different monkeys. I'll spare you more the pics, but for the baby tigers. 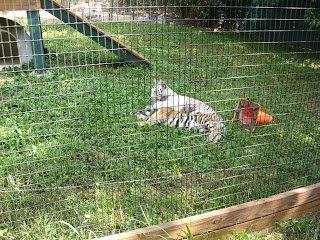 And this guy - we think this cage was full of a type of black spider monkeys.
They were fun, like a greeting committee. 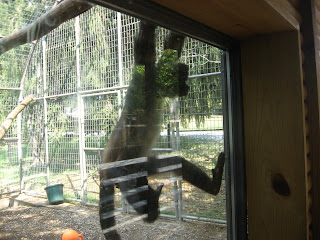 Okay, one more of a DeBrazza monkey. These guys seemed very forlorn. 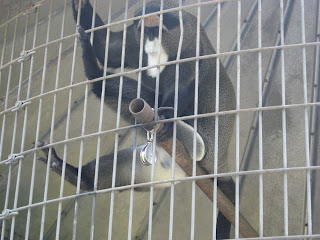 But that's it, today, I swear.