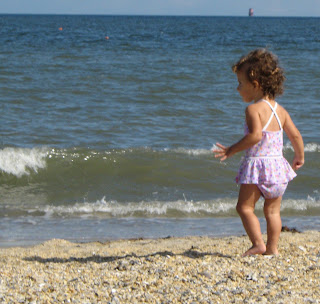 How did she get so big so fast?

She's talking, she's walking, running, climbing, exploring, getting into absolutely everything. She knows everything we say to her and responds accordingly. She loves to throw her diapers in the garbage after a change. She walks over and says, "Poop" while reaching around behind, in a very matter of fact manner. Then she runs to the changing area, saying "Yenge!"

We had her check up yesterday, and she's small on the growth chart, but so was I, and she's following the basic curve appropriately.