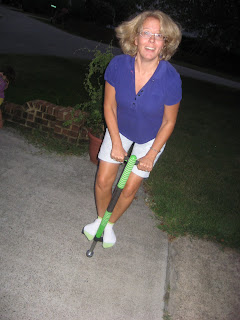 My head is spinning.

I haven't been sneaker or school supply shopping yet.

Honey had surgery, and is recuperating at home. Now to wait for official biopsy results. But the surgeon said it looked good.

I had an IEP meeting with Captain Comic and his team this morning for the start of 7th grade. He made it about a third through before claiming, "I am about to have a freak out." How's that for self-advocacy?

We let him have a break in his case manager's classroom while we went over the Accommodations.

We have our old case manager, which we were told at the end of last year wouldn't happen, so we are extra grateful that he has a familiar anchor.

I can't get over that Mr. Cynic will be a Junior this year. How......? He informed me yesterday that he is now the VP of the Anime Club. I know he's still interested in the Writing Club, and he's applying for jobs and is still trying to put together his band, writing songs, a book, and going to his bass lessons, starting to go to local music open mics...No wonder every time I see him, he's merged as one into the sofa.

Toots is going into a 3 day/3 year old preschool class this year. She's an old pro now and asking for swim and ballet lessons.

Captain Comic is asking to get back into a Martial Arts class. It's been about and year and half since he was a blue belt w/2 black stripes in Tae Kwan Do. Now he wants Karate.

Looks like the usual mayhem is getting started and more mayhemic than it has been before.

And now there's my bellydancing class on Mondays and Chorus on Thursdays....

That's okay, I like the mayhem. I just wish writing didn't drop out of sight so easily. It's been two weeks since I opened my manuscript to try to finish this draft, and my writing group wants to meet on the first day of school. I'll have to see how that works for my ability to concentrate.