Sunday afternoon, I cleared another section of a garden plot of the
serious tangle of weeds and creeper grasses.
I had a couple of helpers. 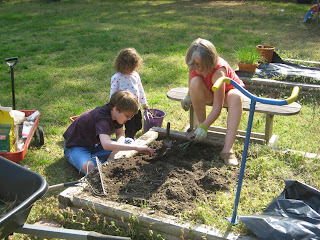 Captain Comic was more interested in searching for worms than in helping get rid of weeds.
Toots was all about the tools. 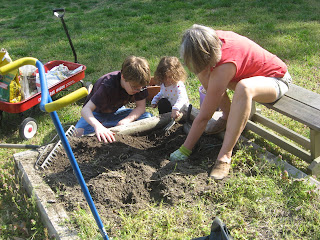 Boy do I need to start riding a bike or something. Cellulite central. 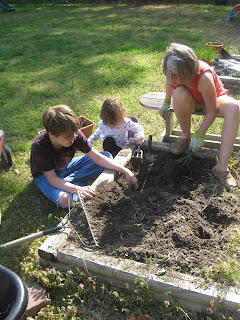 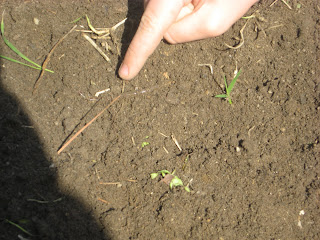 "Oooooooo, he's so cuuuute!" pitch barely perceptible except by dogs.
It is fair to say that only a daughter of mine would say a worm is so cute while her brother shoved it in her face. My Dad to this day still marvels that it was his daughter out of all his kids who loved spiders and bugs. 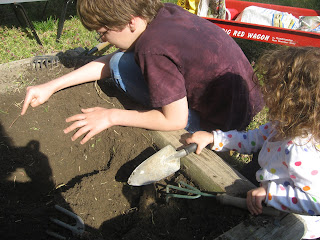 This is as cleared as my little section of garden is going to get for now.
It took a couple of hours, maybe more, I lost track. 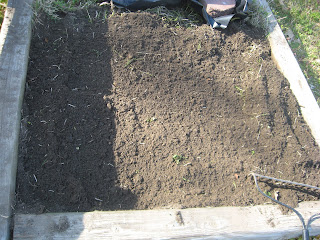 This is humus.
I made it myself. 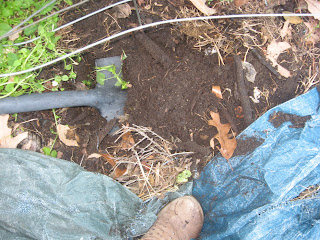 I have a very rudimentary composting system.
I throw all the green yard waste and occasional scraps from the kitchen beside my shed.
Then I throw a tarp over that.
Then I dig into it when I need some garden food and see what I come up with from under the weeds. 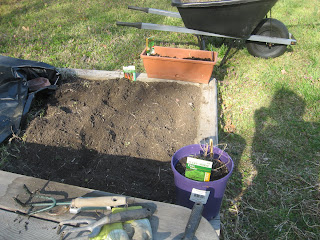 In the end, I planted two rows of swiss chard, some dill in the existing rosemary pot and some basil and parsley in the window box.
photo credits: if I'm in them, Honey took them, if I'm not, I did. Hm, my well loved garden clog and my shadow appear in 2 that I took, so I guess they are self-portraits.
Posted by cath c at 6:35 AM