When I moved to a new school in second grade, I was writing my name in the dirt on the back baseball field at recess, when another girl, also with blonde hair, brown eyes, and an equally pronounced overbite walked up and said "Hey! How do you know my name?"

I replied, "That's not your name, it's my name!" We were best friends until she moved to a different school in the same town in fourth grade. But we still saw each other in church, in junior high and high school, though we weren't close, had different friends, etc.

Around our 20th high school reunion, we reconnected, and have been emailing practically daily (often several times a day) ever since. When I am in the area, we visit, and go to the old beach we grew up on together with our kids now.

Her son sent us Flat Stanley for an adventure to document in a journal for his class. Today we took him up to the Historic District  and showed him a round a little. It was such a gorgeous day! 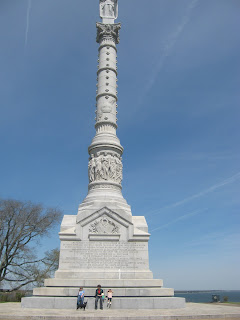 The monument is HUGE! 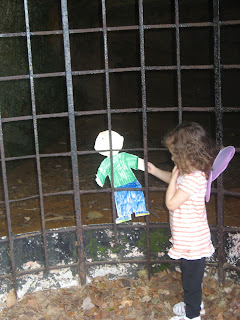 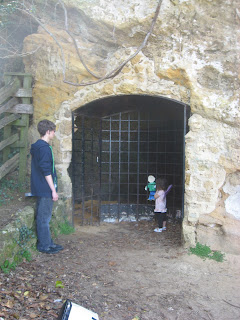 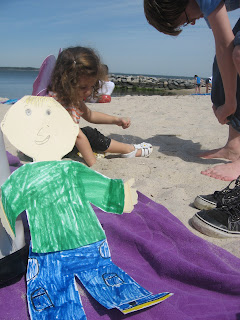 Then we enjoyed the beach.
It was over 80, I should have had the kids and myself in shorts.
It was windy, so I packed Flat Stanley back into his envelope. 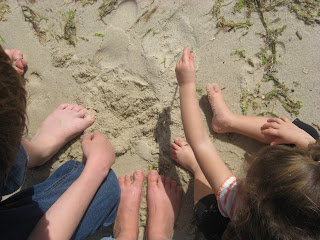 I can't believe Captain Comic's feet are bigger than mine. My Baby!
Oh, that's right, I have another who still has tiny feet. 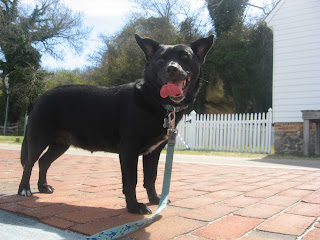 Lucy was hot. She enjoyed meeting other dogs, so did Captain Comic and Toots.
I poured some of my water bottle for her to drink. 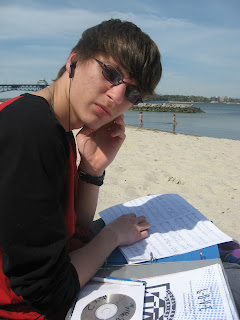 Mr. Cynic opted to study for his upcoming Regionals Competition happening in Myrtle Beach next week. He's in his high school Jazz Choir.
I have to say, they are quite an accomplished group with an enthusiastic teacher. 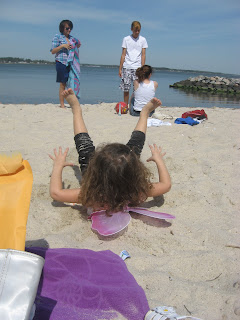 This little Fairy did not crash land. She was just having fun as only a true free spirit can. 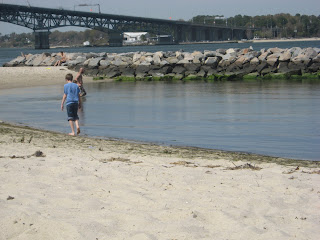 Captain Comic had wanderlust.
He was dying to go in the water, but it was full of seaweed and a smattering of jellyfish. 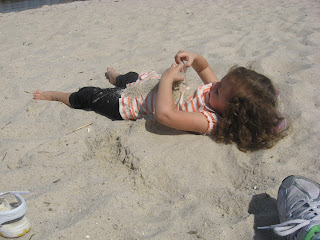 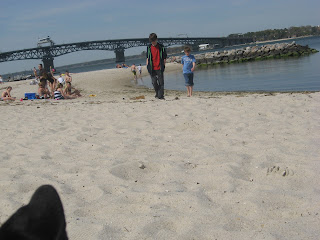 Mr. Cynic makes a good retriever - of his brother anyway.
And that's our Spring Break Day One Adventure for our staycation.
I hope the rest of the week is as successful a family day as today was.
Posted by cath c at 2:33 PM